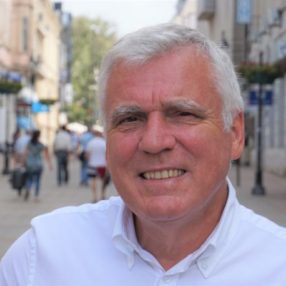 Rolf G. Kirst has been involved in the franchise scene in Germany for more than 25 years.
After eight years in the hotel management business, he started his own company in 1978
in the travel industry with a travel agency and as tour operator. After a short time he found
a way to accumulate several tour operators together into a cooperative, and this initiated
his first involvement in the franchise area.
After 10 years, his tour operator group comprised 70 partners. In 1990 he started with a
franchise group of travel agencies in Eastern Germany. Within 3 years the group grew to
150 partners.
But his goal was international franchising. In 1994 he acquired the master license of
UNIGLOBE Travel for Germany/Austria and Switzerland. UNIGLOBE is a worldwide franchise
travel organization based in Vancouver Canada. Currently UNIGLOBE is located in more
than 60 countries and has more than 800 franchise outlets, all independently owned and
operated. In 1999 Uniglobe in Germany was awarded as ‘Franchisor of the Year’.
Later, in 2006, he delegated the operational management to his partner and is now only
focused on FPI.
From 1999 till 2013 Rolf G. Kirst has been a member of the board of the German franchise
association DFV, responsible for international affairs. He also was a member of the WFC
World Franchise Council for 14 years and was on the board of the EFF (European franchise
federation) for 8 years. Over the years, Rolf G. Kirst has developed extensive international
franchise knowledge, which he offers now to foreign franchisers who are interested in
entering the German-speaking market and vice versa.
On the initiative of the DFV in 2004, he founded ‘Franchise Pool International’ in order to
help German franchisers to export their franchise know-how into foreign countries, and he

for international expansion, and can show a long list of references with well-known names
from the franchise industry worldwide.
From 2009 – 2014 Rolf G. Kirst has been accountable for the International Development of
a franchise brand called backWERK, a franchise chain of self-service bakery stores with
300 outlets in 7 countries. After that project he now is involved in the same task for a new
franchise concept called LCN Nailbar responsible for international expansion.
Rolf G. Kirst has wide experience in most countries in the world where franchise is well
established and offers his experience to international franchisors